Among the most relevant trends for games in the last 5 years is always augmented reality and virtual reality. Augmented reality took off thanks to Pokemon Go, Harry Potter, and Animal Crossing, showing that by superimposing graphics on the user’s real environment, more people can access VR and really enjoy playing, at little cost or risk to developers. ARZombie and ARDragon are two of these augmented reality games that seem to explode in the application market and revolutionize how we see reality. AR Zombie allows you to defend your real home against fictional zombies and ARDragon allows you to have a dragon as a pet. By merging the real world with another reality, users can be persuaded to do other things, such as exercising as part of a game, as in the game Zombies, Run! where the game promotes physical activity by implementing a “zombie attack”. 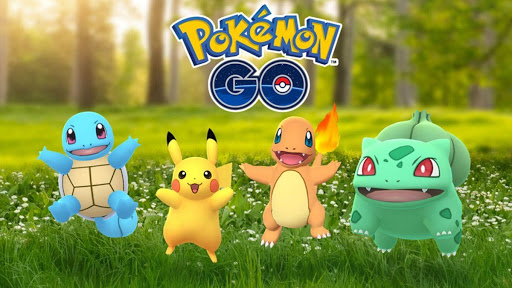 Pokemon Go is the most popular AR game today. Everyone can compete to catch Pokemon but the biggest problem with this game is geographic restrictions. Players cannot catch Pokemon outside of their territory. This is the main reason why a Pokemon Go location spoof tool is needed. The working principle is to change your GPS location so as if you are in another location. That way you can catch Pokemon as you like regardless of geographic restrictions. No matter you live in London, you can catch Pokemon in New York at the same time. This is a revolution in how to play Pokemon Go and other AR games. If combined with fake GPS joystick for Pokemon Go, playing would be much better.

However, spoofing tools can not only be used in AR games like Pokemon Go. This tool can also be used to “cheat” sites that are blocked in certain countries, such as Reddit. You can also use this tool on online dating sites like Tinder so you can find as many dates as you can no matter where you are. There’s no need to pay Tinder to meet people in other states.

There are various spoofing tools available but only a fraction are reliable. Some also only work on certain operating systems, such as Android. If you are an iOS device user, there is only one best spoofing tool that can change your GPS location without requiring you to root your device. That tool is Dr.Fone – Virtual Location.

This is a spoofing application that can be downloaded to Mac and Windows PC. You can change the iOS GPS location with just a single click. You can also create fake routes, between two or more points. Not only fake routes, this app also allows you to simulate speed in several modes; walking, cycling and driving.

How to fake iOS GPS with Dr.Fone – Virtual Location 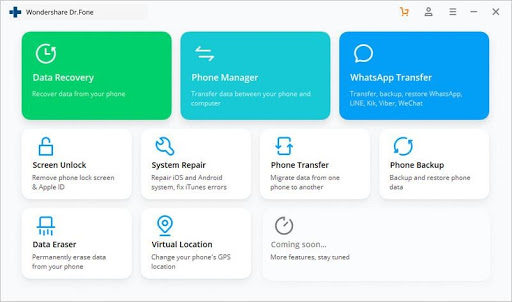 1. First of all, you have to download, install, and launch the application on your PC.

2. Connect an iOS device, in this case your iPhone, to your PC.

3. You will see a map and a search bar on the top left. Type the destination and enter to change your GPS.

4. There is now a virtual joystick pinned to the bottom left of the screen. Its function is to control fake movements in several modes. 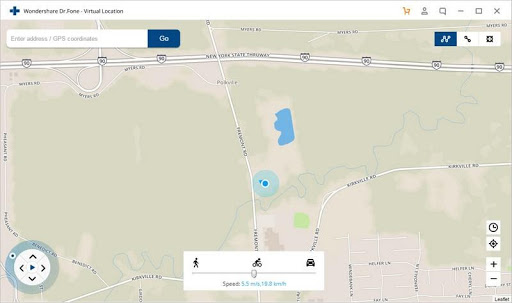 There are two ways to use the joystick:

Auto: Click the middle start button to start automatic movement. Click the left or right arrow, drag the dot on the circle, press A or D on the keyboard, and press the left and right keys on the keyboard to change direction.

Between 2016 and 2019, mobile games have grown exponentially. With a mobile games industry valued at $ 50 billion and set to grow to $ 72 billion by the end of 2020, there will be no pause in the creation of mobile games. To put it in real terms, mobile gaming revenue has exceeded global tea sales, music sales, McDonald’s revenue, worldwide box office revenue and is almost as high as the GDP of all of Costa Rica.

Thanks to Dr.Fone – Virtual Location, faking location on iPhone is not something difficult anymore. Hopefully this article can provide a solution on how to outsmart AR games and applications without jailbreaking the iPhone. Thanks for reading and have a nice try!