Mippin
Home Articles What are the Differences between Spotlights and Flashlights? A Detailed Overview

You want to buy a spotlight. But someone told you about the flashlight or you saw somewhere that a flashlight is better than a spotlight. You are confused. You search through the internet to learn about the difference between spotlight vs flashlight. If this is the case, then you have landed in the right place!

In this post, we are going to be discussing in detail about the differences between spotlights and flashlights, what are they used for and a whole heap of things. So buckle up, here we go!

Why it is important to know the differences between spotlights and flashlights?

Before we tell you about the differences between spotlights and flashlights, it is important to know why you must have the knowledge about this. After all, they are both lighting equipments. Isn’t it?

Although this is the truth, most people end up buying the wrong lighting equipment for their specific requirement. To avoid this situation, you must know the differences between a spotlight and a flashlight.

When you are confused about whether to buy a spotlight or a flashlight, you need to know the differences of the two because you are paying your hard earned money and making a wrong decision would be costly.

If you have this knowledge, you don’t have to stress yourself on which lighting equipment to buy. Always keep your requirement in mind when you plan to buy a lighting equipment. Now that it’s clear, let’s jump straight into learning about the differences between spotlights and flashlights.

Difference between Spotlights and Flashlights

There is no doubt that spotlights and flashlights are the most utilized handheld lighting equipments to date. They may be similar in their usage, but there is a vast amount of difference in their functionality and many other aspects.

To start with, spotlights are heavy and bulky. But they are more powerful. They produce intense light beams with a narrow focus.

To put it in simple words, if you want to focus on a particular object, then this is the best equipment for you. The spotlights also have a far superior range of light production. 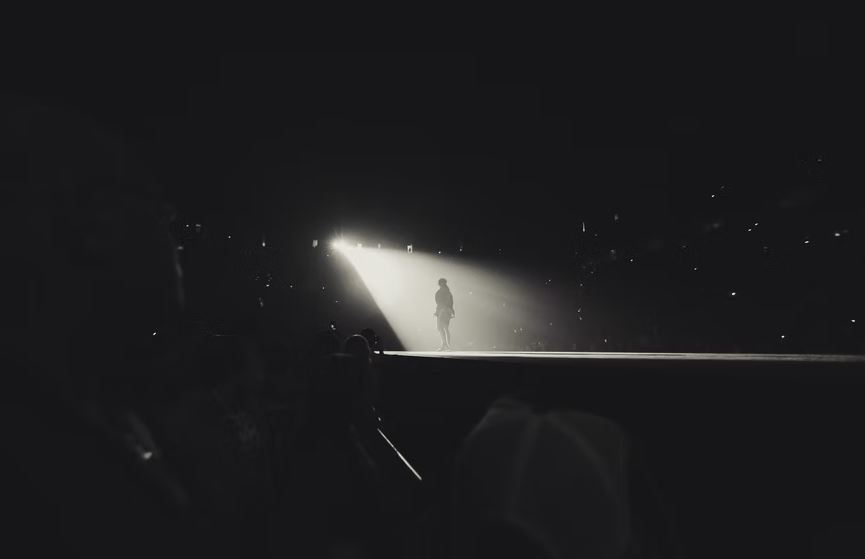 You can also use this as a long range light source thanks to its powerfully centered light beam. The critical feature of the spotlights is that they have a central light beam focus. So if you want to light up a particular spot brightly or you want to illuminate an area that is some distance from you, then spotlights are the ones you need to choose.

There is also another important feature you need to note. Spotlights will have large sized and powerful batteries. The concentrated light beam makes this lighting equipment a spotlight. Hence, you can’t expect the light beam to spread to a wider angle. The overall light spread of a spotlight is pretty poor. So, it won’t light up the area that is wider in length.

To counter this, spotlight manufacturers include extra lenses to spread the light beam to a wider angle. They also include additional light in the side of the spotlight in order to replicate the floodlight functionality.

When you think of flashlights, they are generally smaller in size. They are actually lighter in weight. Flashlights are mostly used for general purposes. In a typical sense, a handheld electric light that has the capacity to light up a dark area is a flashlight. 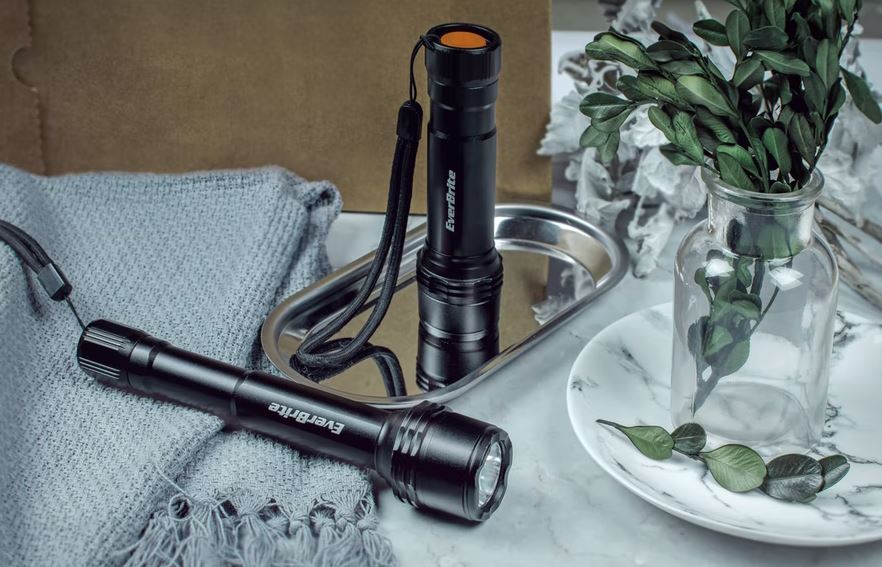 Since flashlights are lighter and doesn’t weigh much, this is a light source that can be carried around by anybody without putting in much effort. Although this looks like a great feature, on hindsight, the smaller nature of the flashlight limits its battery capacity. The device comes with a smaller battery and that inevitably limits its power output.

One thing that is great with flashlights is that they spread the light beam to a wider angle. Also, the spreading of the light can go up to 120 degrees. Most modern flashlights are equipped with this feature.

The light spreads to a wider angle, making it a perfect light source to use for regular household and basic outdoor activities. The important downside to a flashlight is that it lacks range. Every small distance you go after a certain range, the light starts to fade. This makes it useless to point the light beam to a long distance. The light beam produced is also lesser in intensity.

Key points about spotlights and flashlights

Now that you know the basic differences of spotlights and flashlights, here are some key points to remember about these light sources.

We hope that we are able to give you a clear picture of the differences between spotlights vs flashlights. To make a decision on whether you want a spotlight or a flashlight, always consider your needs and the budget you have at hand. Based on those factors, get a light source.

Want to add your thoughts, share them in the comments section below!

FAQs on spotlights and flashlights

What element is used in flashlights?

What is Spotlights Used for?

Spotlights are generally used to light up a particular spot. Since they produce powerful light beam, they can cover a long distance too.

What is Flashlights Used for?

Flashlights are a kind of light source that produces light beams at a wider angle. Since they have small batteries, they produce less intense light. Flashlights are good for household activities.

How Much Do Solar Panels Cost and Are They Worth the Money?

How Much Do Solar Panels Cost and Are They Worth the...