The ketogenic diet is perhaps primarily known today for its ability to boost weight loss. Yet the low-carb diet was first proposed back in the early 1920’s as a means to treat children with epilepsy.  Despite the efficacy of the keto diet in improving epilepsy, the intervention of big pharma seemingly dismissed its effects, and profitable pharmaceutical treatments were integrated into all aspects of “modern” medicine. 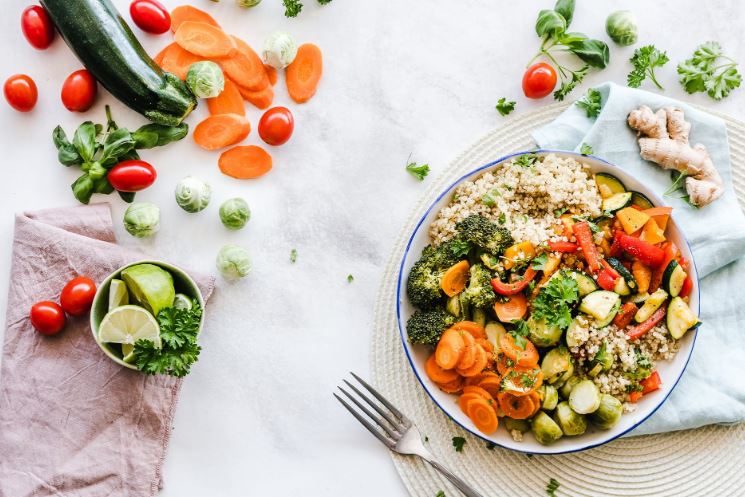 Today it appears the ketogenic diet has come full circle, and in the last few decades, popularity of the keto-lifetyle is at an all time high.

A brief overview of the ketogenic diet

A ketogenic diet, is a diet rich in fats, very low in carbohydrates, with a moderate amount of protein. The exclusion of carbohydrates and sugar forces the body to adapt its energy metabolism to breakdown fats to create substances known as ketone bodies, which it can then use as an alternative energy source.

This type of nutritional plan is highly restrictive and needs careful attention to ensure that a balance of foods and nutrients are still consumed.

The ketogenic diet and cancer

Every living cell, whether a healthy cell, or a diseased cell, needs energy provided from ATP to function and survive. Oncologists have known for some time that cancer metabolism primarily relies on glycolysis, that is, cancer lives off glucose, both for energy and cell proliferation.

Removing carbohydrate and sugars from the diet puts the body into a state of ketosis and consequently disrupts glucose uptake and fermentation of glucose to lactate, which in some cases may lead to cancer regression.

This is known as the classic Warburg effect, whereby cancer cells appear to prefer anabolic glycolysis, as oppose to oxidative phosphorylation, which is preferred by the majority of other cells in the body.

However, cancer metabolism is dynamic; cancer cells have the ability to alter their metabolism and adapt to low glucose environments. They do this by exploiting alternative metabolic pathways that allow for tumor growth that said, reducing glucose makes it harder for cancer to strive.

Even the National Cancer Institute recognises the promising results the ketogenic diet has displayed during clinical trials of cancer treatment.

The ketogenic diet and epilepsy

In the early 1920’s a Dr Wilder of the mayo clinic noticed that consuming meals that contain no carbohydrates, could mimic starvation. Subsequently, he concluded that this way of eating could induce the health benefits of fasting, without actually fasting. This spawned the birth of the ketogenic diet.

Epilepsy is a common neurological disease which disables it sufferers. In most cases of refractory epilepsy, the ketogenic diet has been found to be an effective modality of treatment in both children and adults.

The exact mechanisms of how the ketogenic diet benefits sufferers of epilepsy remain unknown. What we do know is that nutritionally-induced ketosis alters energy metabolism of the brain, consequently reducing oxidative stress and inflammation associated with glucose pathways. Medical-science generally accepts this as a significant contributing factor of the ketogenic diet’s epileptic therapeutic effects.

These symptoms are caused by abnormally high levels of androgenic hormones such as testosterone that disrupt female bio-chemistry. PCOS is associated with insulin resistance, hyperinsulinemia, obesity and overweightedness, of which the ketogenic diet is known to be able to improve, and arguably reverse. It is proposed that a very low-carbohydrate keto diet, could be used as a potential treatment for polycystic ovary syndrome.

Criticisms of the ketogenoic diet

It hasn’t all been plain sailing for the high fat, low-carb diet. Many nutritionists and scientists have warned against the potential pitfalls of the keto diet, and rightly so. It’s not so straight forward as replacing carbs with fats. In fact, if you follow this style of lazy keto and eat anything as long as it’s carb-free, you could be in for a shock and potentially risk suffering from the dreaded “keto-flu”.

Negative effects of an imbalanced ketogenic diet are typically characterised by symptoms such as muscle cramps, constipation, diarrhoea, elevated blood triglycerides and cholesterol, not to mention malnutrition.

Entirely eliminating a complete food group is not without consequences, and if essential nutrients such as minerals, vitamins and fibre, aren’t replaced from the foods that have been removed, it’s more than likely that you will experience any one of these symptoms.

Eating micro-nutrient rich low carb fruits and vegetables is fundamental to the success of any ketogenic diet. Cutting out carbs by replacing with fats, should also not be an excuse to eat extensive amounts of unhealthy saturated fats that contribute toward clogged arteries and decreased cardiovascular health.

The ketogenic diet has various health benefits and can be applied therapeutically as a complimentary treatment for several diseases. More research is needed to provide a deeper understanding of its modalities and effects.

Neverthless, following a low-carbohydrate ketogenic diet can be impractical for a significant amount of people. Without medical supervision or expert guidance, it is too easy to become nutrient deficient and eat the wrong foods.

Junk foods will always remain junk foods irrespective of their low-carb content. Fundamentally, low-carb junk foods will not promote good health and if you are following a ketogenic style diet to improve your health, eat good wholesome foods that promote health.