Mippin
Home Articles Did a Medical Error Cause Your Child’s Cerebral Palsy? Who Is Liable?

Medical errors before, during, and after birth could lead to disorders that are classified as cerebral palsy. Approximately 8,000 infants and toddlers are diagnosed with cerebral palsy each year. Although there are many natural causes that could lead to cerebral palsy, it is possible that a healthcare provider’s mistake could have led to your child developing the disorder. 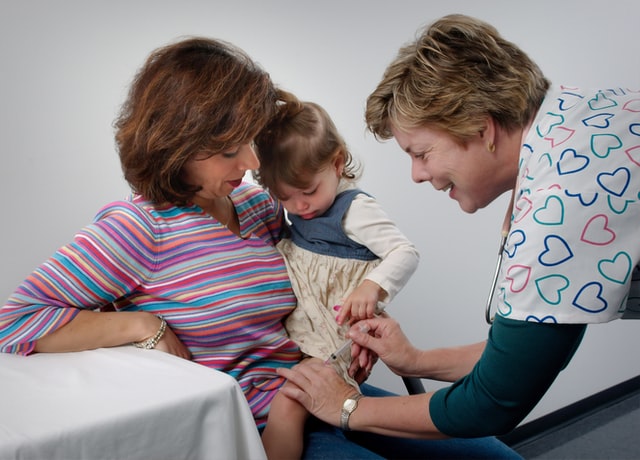 These are some of the most common medical errors that can lead to a cerebral palsy diagnosis as well as an explanation for who is liable for those injuries.

An injury that occurs just before, during or immediately after your child’s birth could lead to a cerebral palsy diagnosis. Some of the symptoms of a birth injury include:

Birth injuries can occur when a doctor uses forceps or vacuum extraction to pull the baby from the birth canal. They can also occur if a child is not positioned properly at birth and the doctor fails to recognize it until the child is being born. If a healthcare provider used a birthing aid improperly or failed to recognize signs that the child was in the wrong position, they may be liable for your child’s cerebral palsy.

A child could develop cerebral palsy if they suffer a lack of oxygen before, during, or immediately after birth. This could occur if the umbilical cord enters the birth canal before the child, leading to compression of the cord that may stop oxygen flow to the baby. The cord could also become wrapped around the child’s neck, also cutting off oxygen. Often, cerebral palsy caused by lack of oxygen is due to a medical error. Healthcare professionals may have committed medical malpractice, making them liable for your child’s diagnosis.

There are many infections that can lead your child to develop cerebral palsy. A virus known as cytomegalovirus, or CMV, is a member of the herpes family which causes cold sores. It can not only cause cerebral palsy, but also blindness, epilepsy, hearing loss, and other problems. If the mother has never had CMV before, the risks are even greater.

Although most mothers will either have had the vaccine or the actual illness which makes them immune, chicken pox still occurs in women who have not had it or been vaccinated for some reason. It can be dangerous for both the mother and the baby.

Rubella, or German measles, is not as common as it used to be due to vaccines that create immunity without having to catch the actual virus. If a pregnant woman does develop rubella, it can cause cerebral palsy and may increase the risk of miscarriage.

Toxoplasmosis may be spread to a pregnant woman from cat feces which is why they are told not to change litter boxes during pregnancy. For most people, the illness is extremely mild but if it infects a developing fetus, it can cause brain damage, blindness, and other problems.

If you develop any of these infections and your doctor fails to detect and treat them, they may be liable for medical malpractice.

It is the job of your doctor to recognize when a cesarean is necessary not only for your health but for the baby. If your doctor allows you to deliver your child when a Cesarean is clearly warranted, or if they delay the cesarean until your child suffers injury, you may have a claim for medical malpractice. This is also true if the doctor fails to properly monitor your fetal heart rate monitor and something goes wrong.

If your child has been diagnosed with cerebral palsy and you believe it was caused by a medical error, you may want to look into getting legal counsel. It is important to know that cerebral palsy treatment is different for every individual, and a lawyer will take it into consideration when building your case.