Gaming has evolved in a big way since the 1980s. It was back then, in the 80s, when gaming started to become a huge commercial industry. As we saw high-powered, (by the standard of the day) dedicated, gaming consoles it was easy for game producers to create standardized games as the hardware was a set specification meaning that a cartridge for one machine would work on every machine.

These consoles which took gaming cartridges differed from earlier machines such as the classic Pong consoles which were built with a single game on them and no way of adding anything else. This meant that the company only made one sale, which was the original machine, but the next generation of gaming hardware could swap games giving the possibility of different games which meant extra sales after the machine in the gaming cartridges.

We saw this first with Atari, which was massive in the early 80s, being the first company to successfully commercially sell a video game console that had interchangeable games to a mass market. The Atari 2600 which arrive in the late 70s actually but had it’s glory years in the early to mid-1980s and it wasn’t cheap, the console itself came in at a staggering US$199 (equivalent to roughly $820 these days) so we can see it wasn’t a casual purchase. Atari didn’t last as the main player for a long time as the more powerful competition from Nintendo and Sega in the mid-1980s.

So it was 1985 that saw the launch of the NES (Nintendo Entertainment System) in the USA, although it had appeared in Japan two years earlier and was much better than their first attempt at home gaming, the Famicom. This was shortly followed by the Sega Master System in 1986.

The success of these two powerhouses of the next decade was largely down to the prominence of their signature characters, the Super Mario Brothers for Nintendo, and Sonic the Hedgehog on the Sega side. Nintendo was actually in the industry in a big way before the NES launch, they were releasing titles such as Donkey Kong on the Atari 2600 and it was not beyond possibility that, at one time, there could have been a version of Mario on the Atari 2600.

Sega had been in the gaming industry since the 1940s, having built and sold coin-operated machines of various types, but it was in the 80s that they really took off with electronic games consoles. Although the Master System was their first big success there had been three previous attempts in the SG-1000, SG-100 II and the SC-3000H. The Master System had the first Sonic the Hedgehog, which was a fast-paced, thrill-ride of a game, the likes of which was rare if not unheard of.

Both these consoles were at the top of kids’ Christmas and birthday wish-lists for years and years. But they did not come cheap, your average new release cost of a game in the 1980s was around $50, this equates to around $120 in today’s money. So we can see that the price of buying a game was very high just as the cost of purchasing the consoles themselves.

It is worth noting that although console gaming was by far the most popular and iconic form of gaming throughout the 1980s there were other options. Computer gaming was also very popular and you had machines such as the ZX Spectrum, Atari ST, and Commodore Amiga where games coming on cassette tapes or floppy discs were a fraction of the cost of the cartridge games on offer from the likes of Sega and Nintendo. One issue with these systems though was that piracy (illegal copying and selling of games at a discount) was rife as it was much easier to duplicate these games on the cheap.

As we moved into the 1990s the gaming world was still vastly dominated by Nintendo and Sega and at the time it was difficult to see much changing at all about this. The two big giants had their follow up consoles to the NES and Master System in the SNES (Super Nintendo Entertainment System) and the Genesis (known as the Megadrive outside the USA). But the world was shocked when Sony released the PlayStation in 1995, with its 3D graphics and increased power it took the world by storm, a release cost of $299, about $490 in today’s money showing a big decrease in real terms even between the 80s and the 90s.

But is the cost of games and consoles the whole story? Not really, as there are other ways that gaming companies make money, namely add-ons, in-game purchases, such as extras like weapons, clothes for characters and even extra levels or maps for games. In fact, if you look at PC gaming since the emergence of the internet there have been games that have in-game purchases, such as League of Legends an MMORPG and you even find people trading user accounts that have high specs, companies like Unranked Smurfs offer a great selection and do very well this way. You can buy whole games online, download them without ever seeing a disc as well.

There wasn’t any real change in this set-up until 2001 when Microsoft got into the gaming world with the original Xbox which also came in at $299, 6 years later this is an equivalent of $430 today, so we can see another real-time fall in the cost of gaming at this point.

When we bring this up to date we can see the current generation of gaming consoles are the Xbox One and the PlayStation 4. Respectively they cost $249 and $299 meaning the cost of gaming consoles is down again in real terms. Games are also cheaper in real terms, costing around $50 we can see that in real terms the cost is much more accessible. But as we discussed earlier there are so many add-on purchases you can make in-game that the cost can easily get much more depending on your spending habits. 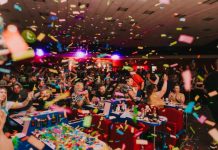 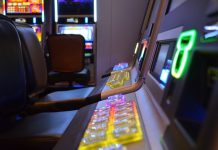