Mould growing on your walls is both an eye-sore and a health hazard. As such it is best to get rid of it whether it is only a small patch or a larger chunk that is steadily spreading through your walls. When not treated, mould can cause damage to the structure on which it is growing, and can bring a whole host of health problems such as nasal stuffiness, eye irritation, and scaly skin. 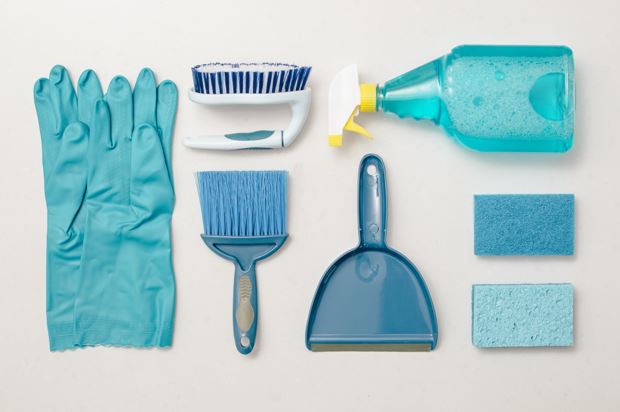 In this piece, John from Pristine Home Cleaning Services shared some insightful ideas about how to tackle the main causes of mould, as well as the best ways you can deal with a mould infestation at home. We hope that after reading through this article, you’ll be able to strategically handle moulds and prevent them from coming back.

Leaking pipes that go undetected for days can cause mould growth. Because the leak causes moisture buildup, it creates the perfect environment for mould to grow. If your home is nestled in a place that has high humidity levels, such as near a lake or a coast, then mould growth can be a recurring problem for you.

Another cause of mould is condensation in your home. Condensation forms on cold surfaces like metal pipes, walls, and even concrete floors, and because the water vapour becomes liquid, it subjects these areas to a risk of mould growth.

Armed with this information, we can now take steps to control moisture in the house, which will help in addressing the mould problem.

-When the weather permits, keep your doors and windows open on opposite sides of the house to promote improved airflow, which then carries excess moisture out with it.

-Locate the source of the leak and make repairs immediately. Diagnosing a water intrusion in the house is no easy task though, so it may be necessary to seek help from a water damage restoration specialist to track down a leak and to have it fixed. Once that has been taken care of, you can focus on removing mould in the walls, knowing that the source of the mould growth has been eradicated.

A word of caution before we outline the steps to combat mould growth: there are types of mould that are highly toxic and can cause neurological problems, so if you are not familiar with the type of mould growing on your walls. and how to get rid of it safely, it is best to call in a professional cleaner to take care of the job for you.

If you are removing mould from a small area, don’t forget to wear gloves, a face-mask, and protective eyewear to protect yourself from breathing a high concentration of mould spores. After the cleanup work, throw away the protective gears to avoid contamination of other parts of the house.

Removing the mould from the walls is not the end of the process of getting rid of it, the next thing that you should think about is how you can strategically prevent it from growing back and avoid it from destroying your most precious possessions.

Take note of the areas in your house that has excess moisture as they are the potential home for fungus. Eliminate all sources of moisture in your environment in order to inhibit mould growth. Similarly, if the mould is due to a leak, whether it’s a plumbing or roof leak, fixing these causes should be your priority before taking proper action for getting rid of the mould.

Similarly, if the mould is due to humidity and condensation, you must eradicate condensation first, before fixing the mould on the wall. Mould damage is a serious problem, so if you want to ensure that it is taken care of completely and does not pose any health risks to you and your loved ones, hire someone professional in cleaning this kind of infestation. Get the service of a cleaning company that has the knowledge and expertise necessary to take on the potentially hazardous task.

Be Proactive About Mould

Mould growth can be hazardous to your health and can wreak havoc in your dwelling place when not treated immediately. As such, it is best to take action as soon as you see it spreading on your walls. But if you believe that the mould is a complex problem that will require the use of state-of-the-art cleaning equipment, then your best bet is to schedule a deep cleaning of your walls to be done by professional mould cleaners.

A highly-trained cleaning team will be more thorough in the mould removal project, and can even advise you of any further service necessary to avoid a recurrence of mould growth on your walls.  Professional mould cleaners ensures that spores won’t get into the air during the cleaning visit, and that the mould problem is properly addressed by removing the original cause of the mould.

Improving the air circulation around your house is likewise a great way to combat mould growth in your home. Consider hiring professional cleaners regularly for areas like the bathroom sinks, tiles, mirrors, walls and cupboards to avoid damage that is too great to repair. While we all want to believe that we can be on top of our cleaning situation at home, with a busy schedule, it is easy to lose control.