Solar energy and wind are the two most popular forms of renewable energy for people who want to either be fully self-sufficient, or lower their utility bills. Both options are also popular in rural areas, where utility service is not always the best and homeowners have the luxury of having plenty of space for installations. like Solar Vs Wind – the Best Alternative Power Solutions for Rural Areas. 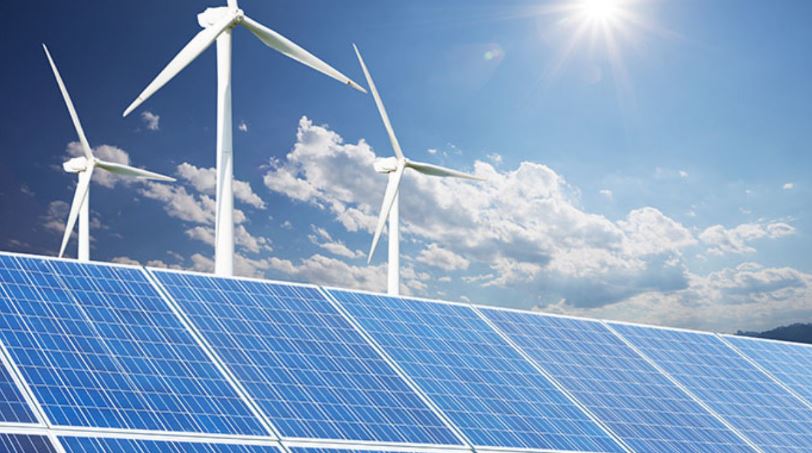 If that’s your situation, you may have looked at both options and still be on the fence between the two. Solar and wind both have their own set of pros and cons, and one could be better than the other depending on your particular situation, needs, and expectations. So, which solution is the best between solar and wind power for rural areas?

The Benefits of Solar Power

One of the biggest benefits of solar power is that you could actually satisfy all of your energy needs with the right set up. This is especially true if your consumption is moderate. Some of that energy could be diverted back into the grid depending on where you’re located.

Not only that, but since you could have the same setup for up to 35 years in some cases, this means that you could literally enjoy free energy for decades. It has been estimated that the average solar panel system starts paying back for itself in as little as 8 years, so that’s one of the best investments that someone could ever make. There are also tax incentives that apply to solar energy (as well as most other forms of renewable power). Always consult a tax professional or use one of the many free online tax tools available to you.

Solar systems can also be very compact, and you can supplement your energy with a system that will barely be visible. While space is not usually a big issue in rural areas, this is one of the main reasons solar systems remain the top option in major cities like San Jose, for instance. Now a days many of the people using solar water heaters to reduce the electric bills. Actually its good idea to save electricity.

Another benefit of solar is that it could significantly increase the value of your estate if you intend to sell it at some point in the future. While some will love the idea of moving into a home where they won’t have to pay for electricity, others who are truly committed to green living will love having a system already installed.

But the biggest reason why solar works for rural homes is the space. Since most rural homes have minimal obstructions and a lot of land, this provides them with plenty of opportunities to access solar energy and choose from many setups as well.

The Drawbacks of Solar Power

However, while the option is one of the best if you’re trying to be self-sufficient, solar is not always the best option for everyone. For one, a solar system can be much more expensive than one or two turbines, but they’ll produce much more energy. However, you’ll have to be prepared to spend around $15,000 to $20,000 at the very least if you want a unit that will allow you to be independent.

Another factor that could make solar not the best option in rural areas is the type of roofing. Not all roofs are meant to sustain this kind of load. If you have an older home with cedar tiles for instance, then installation may be almost impossible on the roof. However, you still have the alternative to have the panels mounted on racks, but you’ll have to pay extra.

Also, you have to make sure that you’ll be staying at your estate for a while before you move if you want to get some of the kickback. While it could increase your home’s value, it won’t be enough to cover the costs if you move too early. Energy savings will also largely depend on how much you’re paying for electricity in your area. If you’re living somewhere like Hawaii where the energy costs are almost double than the rest of the United States, the savings will be huge. But if you live somewhere like Louisiana where energy is much cheaper, the savings will be more modest, though you still will be able to enjoy free energy after a while.

The Pros of Wind

When it comes to rural areas, wind has a lot of benefits. For one, you’ll have plenty of land to have a nice setup. Wind usually works best if you’re living in a fairly flat area that enjoys steady directional winds, which makes them a great option if you’re living in the country.

Another great thing about wind energy is that you could use it as a supplemental form of income if you have a lot of land. And having turbines on your property doesn’t mean that you can’t still grow crops of raise cattle. Others will work with a third party who will put up the turbines and return a portion of the profits, which allows you to save on installation costs.

In addition, wind turbines are very low maintenance, and if you’re short on cash, you can always opt for a small turbine on your roof. This won’t be enough to deal with most household energy needs, but could translate into savings.

The Cons of Wind

One of the major cons of wind is that it can take some space, and can be an eyesore. You may not think that they’ll make a difference until you have them installed and realize how much of a mark they make on the landscape.

Wind turbines are also highly dependent on wind, which can be unpredictable at times. This not only means that you’ll need to have proper storage, but you may have to deal with little to no production at certain times. And while you might think that strong winds will automatically make your area great for wind power, know that these winds can also end up damaging your turbines if there are sudden changes in direction.

You also have to consider how remote your location is. If you want to be able to sell surplus energy, you have no choice but to be close to transmission lines. So, unless there are any close by, you can forget about sending your energy back to the grid.

Another thing about wind turbines is that they could end up limiting your options for the land. If you ever want to extend your estate and develop the area, then you’ll have a dilemma on your hands. Not to mention that not everyone will like the idea of having a wind farm on their property, so that is something you’ll have to consider as well.

While both solar and wind can be great options for people in rural areas, it would be wise that you check both in detail. Make sure that you assess your household needs, land, and how much of an imprint the solution is going to make on your property.