The modeling scene has been dominated by women for a very long time. It’s not that male models go unnoticed but it’s more so that male models haven’t gotten as much publicity as their female counterparts. That’s how it was in the past… today, male models still aren’t as recognizable as female models but man, the male model scene has definitely come a long way to get where it is today. Male modeling has become an essential part of the modeling industry and because of it, the industry has never been the same. 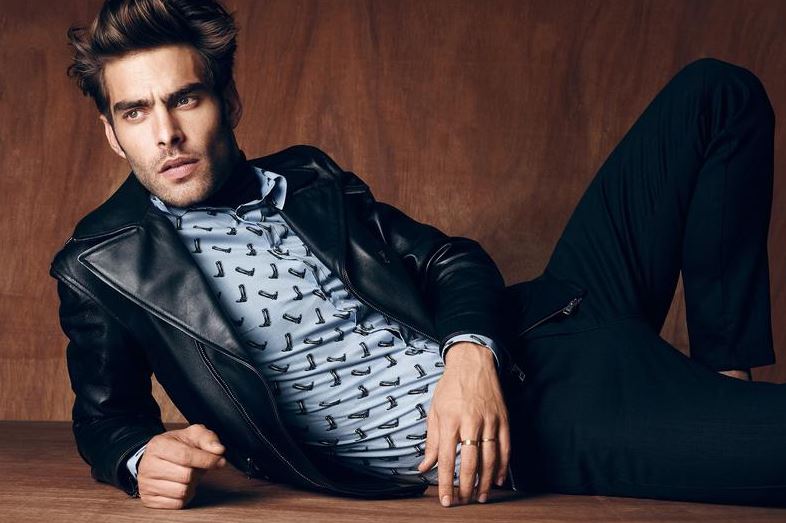 Just look at some of the modeling industry’s most unique male models… Rick Genest is a male model whose entire body is covered in tattoos. Or Shaun Ross, the modeling world’s first male albino model. Those two models would have been looked at as the complete opposite of perfection a few decades ago but as the world opens their eyes to more versions of beauty, a lot more doors are opening up for a lot more people.

Beauty is in the Eye of the Beholder

We are our own worst critic, right? We look in the mirror every day and are able to first pick out the things that are wrong with us or the things we don’t like about ourselves rather than see the beauty in us first. Well, can you believe that some of the world’s top male models felt that same way and still do sometimes? They’re human just like everyone else and have insecurities just like everyone else too.

If you look at some of their interviews, you’ll see how they had very humble beginnings. Some models got discovered while working at McDonald’s or were discovered just being out and about but nonetheless, they were discovered based on features that they thought were unbecoming. From skin “imperfections” to crooked smiles, the very thing that you despise about yourself can be the very thing that model agencies are looking for.

As mentioned before, each modeling agency is very different and has different characteristics and qualities that they look for in male models. According to modelingwisdom.com, most agencies want you to be in shape… but that’s not always the case; it depends on what an agency is looking for. So how will you make the cut? Well, that’s not the question you need answers to essentially… the real question is, what are you going to do to make the cut?

Now don’t get any crazy thoughts or ideas in your head about changing yourself to be a model… although that has worked for many male models in the industry, that’s not what we’re here to do. There are quite a few things you can do to improve yourself based on the requirements of an agency you’re trying to get into, and they don’t involve surgery of any type.

From getting your feet wet in modeling to ripping the runway, take a look at some non-surgical cosmetic enhancements you can get done to make it in the male modeling industry.

Everyone could use a good set of pearly whites, whether your teeth are crooked, bucked, or spaced out… that would require a more invasive procedure to correct but we’re simply talking about whitening your teeth. It’s a simple procedure too that doesn’t require any surgery; it typically takes about 45 minutes.

If you want to have this done, it’s best to get your whitening procedure done in a dentist’s office rather than using at-home whitening strips. Visiting a dentist’s office is recommended over the at-home strips because those strips have chemicals on them that can cause damage to your gums, which can take weeks to heal.

By having your teeth whitened at a dentist’s office, the dentist has the proper materials to protect your gums while the procedure is being performed, giving you a whiter smile and protected gums. That modeling agency won’t have a choice but to hire you just so you can smile for the camera!

All of that said, if you are interested in having more involved work performed on your teeth, there are a lot of different options out there, depending upon what exactly you need. For some, a little bit of simple restorative work will be all that it takes to get their teeth back in tip top shape. For others, however, there are more detailed procedures like all-on-4 implants. If you want to be a model but have serious issues with your teeth this might be the solution that you need!

So, tanning is something that lots of models do to enhance their skin’s appearance. Some models prefer the tanning bed, some prefer the natural sun, and some would much rather get a spray tan. The only thing about tanning is that you have to make sure your skin is the same tone all over your body… you don’t want to appear “splotchy.”

Sometimes with tanning, if you take the route of the tanning bed, it can take multiple visits to get to the tone you desire or what your agency requires. The key is to be consistent and to not do this in a rush… that will surely have your complexion looking “splotchy.”

Some agencies want a male model, not a wooly mammoth. Sure you can shave your entire body, only for it to grow back in a few hours to make your entire body feel like a cactus. Laser hair removal is the best option for hair removal. With body hair being gone, it’s easier to show off defined muscles and it shows off your tan much better. Having body hair isn’t what makes a man “manly,” especially in the modeling industry. In the modeling industry, to make it as a male model, it’s about being open and willing to do what’s necessary to get the shot… if laser hair removal is what it takes, then so be it!

Microdermabrasion is an exfoliating procedure for the skin. It’s a very simple procedure done in-office that enhances the top layer of your skin to reduce the appearance of wrinkles, damaged skin, and light scars. The funny thing about skin imperfections is that we do them to ourselves… especially when it comes to scarring our faces… that’s almost always due to bad habits we do to our skin. In the world of modeling, you have to be realistic with yourself… it’s a superficial industry and your looks are your money-maker. So, one of your biggest money-makers is your skin and you have to take care of it.

This is a procedure you can have done to make your skin look clearer and brighter. You see models all the time with glowing skin and it makes you wonder what their skincare routine is… because it surely can’t just be soap and water. They’ve more than likely had microdermabrasion treatments. If you want to show up to an agency with glowing skin, be sure to get a couple of microdermabrasion treatments first.