Encryption and cryptology are in the air for years, protecting and keeping our data, and state secrets safe from prying eyes, but do you know exactly which one/s are most reliable in the current wave of cyber warfare.

The use of data encryption for protecting the information used among millennia by nations, at various degrees of sophistication. 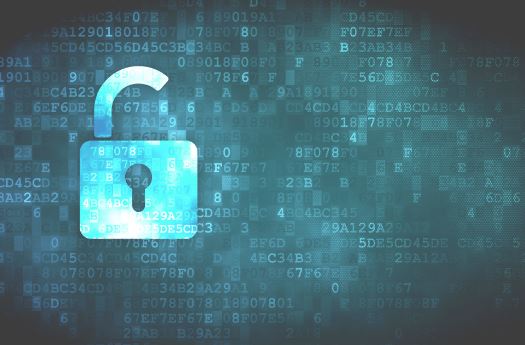 If you’re new to encryption techniques, then don’t worry! Your confusions would soon become concepts.

In this article, we’ll quickly look at what encryption is and share some of the most common ones using around the world.

This is not going to be a comprehensive guide but is, simply, a quick overview.

Let’s start from the basics!

Encryption is a process of translating plain text data (usually digital today) into something random and meaningless – a form that can not be read easily using ciphers and algorithms if intercepted.

But our digital world has required the technology to be rolled out to members out of the public.

There are different encryption techniques out there; some are ahead of the rest, the most common is Advanced Encryption Standard or AES.

But all of them are there to prevent unauthorized access to your data (online or offline); all of them are only good as long as the encryption keys are out of third-parties’ eyes.

Encryptions are used for – entering credit card details or filling in your credentials online; it’s almost everywhere, even some applications and websites use this when sending messages between users.

Many web browsers today self-encrypt text while connecting to a secure server; especially true of the URL that starts with ‘https’(Hypertext Transfer Protocol, Secure), this means you are on the encrypted website, it is a must for sites that require critical information like financial information.

The advent of quantum computing, AI, and other techniques will possibly demand much more secure encryption techniques in the coming future.

So, which one is the best right now?

The best and most commonly-used encryption techniques

Digital encryption of data is essential to the modern-day world. It is used widely in things like e-commerce (to protect financial and personal information), military and government communication (for obvious reasons), and many other applications.

Not all encryption cut from the same scissors; many previously used techniques are long past their sell-by-date.

To date, there are so many encryption techniques that are widely considered to be the most secure.

Some of the best ones are:

RSA or Rivest-Shamir-Adleman is the most secure and powerful encryption technique around, supporting incredible key lengths – 2048- and 4096- bit keys.

RSA follows an asymmetric encryption algorithm, means it has two separate encryption keys; first encrypts publicly-accessed information, the other one decrypt the data, and it is always private.

Though it is incredibly strong, but quite slow, which means it is not suitable for encrypting discs or web traffic. RSA is great only if the private key is hidden from prying eyes; if exposed, the whole encryption process loses its effectiveness.

There are reports that 768-bit RSA keys have broken in the past; hence, the more frequent use of 1024-bit today.

It is widely common among security analysts and known to be the fastest and the most secure encryption algorithms; it is a perfect choice for both hardware and software.

The best thing – it’s free to use; you’ll find TwoFish in many off-the-shelf and free encryption software, like – VeraCrypt.

Advanced Encryption Standard, or AES, is an example of another great algorithm that can be paired with RSA; it is as strong as it is the official encryption standard for the US Government.

It was developed by the U.S. Nation Institute of Standards and Technology (NIST) in 2001.

It relies on keys out of 16-byte plaintext blocks to generate of 128, 192, and 256-bit keys; it would take years and dozens of supercomputers to guess the key!

But don’t be happy! There are theoretical attacks that could possibly break the encryption faster than a brute force but haven’t yet materialized.

This is a free encryption method that allows you to encrypt data transfer between peers, as long as they have encryption enabled.

In case the peer doesn’t have encryption enabled, then based on your settings, your data will be downloaded unencrypted; using forced encryption mode, you won’t be able to download from that peer.

To guarantee full-time encryption using this method, set the encryption mode set to ‘Forced’ (or the equivalent to your torrent software).

The downside of this is that you can connect to peers with the encryption enabled only; this can reduce available peers by as much as 95%.

Using this method only encrypt your torrent downloads, not even hide the fact that you’re surfing torrent websites and the download of the initial. This method also does not spoof your torrent IP address.

If you want to protect torrenting using the built-in encryption option, then I would suggest you go with a torrent-friendly VPN, so that your entire web-traffic, including torrenting, will be hidden and anonymized.

With DES being effectively obsolete after a 23-hour crack, the U.S. Government started looking for a more stronger encryption technique. This led to the invention of TripleDES (aka 3DS or TDES).

With 3DS, data can be encrypted, decrypted, and then encrypted again, with a sufficient key length of 168 bits; this is the strongest enough for the most sensitive data.

However, TripleDES is stronger than standard DES.

Now, let’s see the best file encryption tools; If you’re not using one, give it a try.

Want to encrypt your files? Here is a few software on the market that will get the job done right.

Many of them come with freeware but for best results, consider their premium packages.

BitLocker – a brainchild encryption software of Microsoft and is pretty popular nowadays. It either encrypts a particular disk partition or the entire hard disk on your computer, on your varying requirements.

You will find this software into any of the latest Windows operating systems.

It is one of the most popular file encryption software on the market. Its free version has the basics but limited when compared to its premium package.

It is great for storing and securing things – passwords and other personal data.

It supports system partition and can be handy for USB flash drives and other portable storage devices.

7-Zip, unlike others, is specifically for encrypting your files and documents rather than hard disks. This is another free, open-source software and so easy-to-use.

It’s the software that hides your all the digital moves, letting you connect to any local server in the world. Other than anonymity, you can also browse censored and blocked content like Netflix USA.

ExpressVPN is highly logless and is compatible with almost all the OS and devices you can think of.

There are many ExpressVPN reviews that you can check before you make your final choice!

The aim behind every encryption algorithm is to make a piece of data difficult to decrypt the generated ciphertext without using the key; it’s you to decide which encryption suits the sensitivity of your data.

Try to use the longer key, to make decryption of ciphertext difficult without possessing the key.

Though it is difficult to determine the quality of encryption tools; sometimes a tool with promising algorithms turn out to be easy to break, given the proper attack.

So, it’s better to select an encryption algorithm, which has been in use for years and has successfully resisting attacks of all sorts. 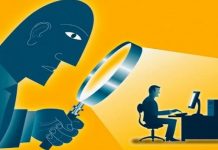 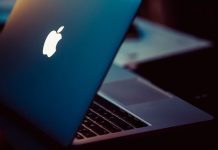 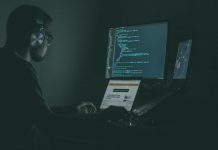 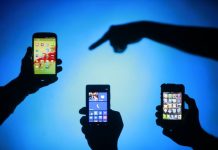 3 Best Ways to Protect Your Smartphone 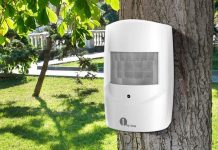 What is a Driveway Alarm? How it works? Types? What are its uses?