In this article, you will learn about different drug panels and a 5panel drug test.

Usually, there is no concrete definition of drug panels. In fact, when classifying panels, employers should ensure the screening process suits the policies that bind their employees.
For instance, a 4 panel could detect THC, Cocaine and could also detect Oxycodone and Ecstasy, Methadone, and Benzodiazepines. 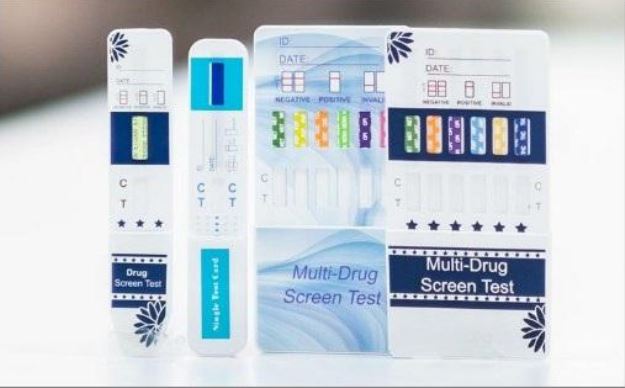 Even though there is no definition of which drugs has to be tested in a certain number of panels drug test, different drugs should go to different panels.

Usually, there are cases that can determine which drug should be tested in which panel drug test. Mostly, a 4 panel differs with a 5 panel drug test in that there is the elimination of marijuana as a tested drug.

There debates and legislation going on about whether to legalize marijuana so employers may be required to customize their panel when it has been declared a legal substance.
A 7 panel drug test is subjected to individuals by companies to ensure employees are not abusing prescription drugs.

In fact, a 7 panel drug test is administered mostly in industries where employees are using heavy machines so that they can gauge the presence of prescription drugs that are capable of causing fatigue. That’s because even the legal drugs when abused may impair an individual’s ability to operate such machines.

A standard 7 panel drug urine tests is used to detect the presence of cocaine, marijuana, opiates, barbiturates, amphetamines, and benzodiazepines.

A 10 panel drug test is usually used on law enforcement employees and occupational medicine. It can also be administered on a person who is on legal probation, especially when they are violating the terms of the probation.

Also, for civil servants who undertake dangerous jobs, a 10 panel drug screen may be administered, especially where high standards of safety have to be observed.

A 6 panel drug test is administered for the purpose of detecting cocaine, marijuana, opiates, and methamphetamines.

A 12 panel drug test is the most comprehensive test since it can detect abused prescription painkillers. It can also test for cocaine, PCP, opiates, methadone, oxycodone, propoxyphene, and ecstasy.

A 9 panel drug test is used to test for cocaine, marijuana, opiates, and amphetamines.

What is a5 Panel Drug Test?

A 5 panel drug test is used to test for cocaine, marijuana, and phencyclidine, amphetamines such as MDEA, MDMA, methamphetamine, and MDA. Other drugs include opiates such as morphine, heroin, and codeine.

Usually, the 5 panel drug test is required for the US Department of Transportation drug testing.

In fact, 5 panel drug tests are commonly administered in the United States and are usually available with urine or hair samples.

The most commonly used sample is urine, but hair drug testing is believed to be more accurate and can detect drugs that have been taken even after 72 hours and more. That means hair drug testing can produce twice the results of urine drug tests in terms of accuracy.

In fact, hair drug testing is preferably the best method to determine patterned drug use or drugs that have been abused over time which is something urine tests cannot detect since urine drug test has a shorter detection window.

The 5 panel drug test has been used for decades perhaps since the 1980s when employee drug testing was introduced in the United States.