All of us want to live as long and healthy of a life as possible. As a result, we try to avoid certain risks and dangers, but at the same time, every single day we may be doing potentially risky things without even realizing it, The Most Dangerous Things You’re Doing Every Day. 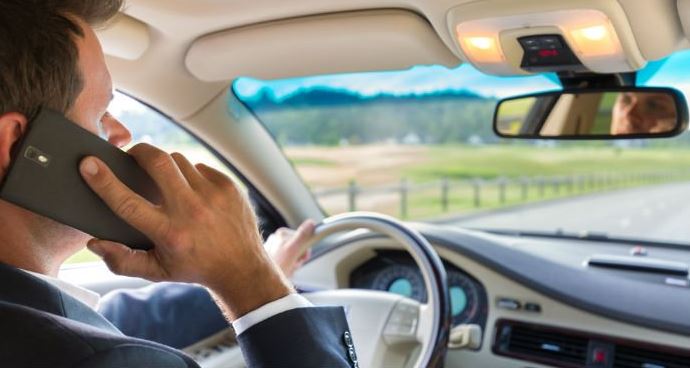 We may take enormous steps to minimize our risks in certain areas of our lives while neglecting things that could be the most dangerous or even deadly.

The following are some of the most dangerous things you may be doing every day.

Motorists in the United States drive distracted approximately 600 million times a day, according to data compiled by Zendrive. Zendrive is an app that you can use to track your behaviors when you’re behind the wheel, and for this particular study, Zendrive looked at more than three million anonymous drivers.

They analyzed a total of 570 million vehicle trips, and 5.6 billion miles traveled. The drivers were using the Zendrive app during this time, and researchers found the following:

When you’re driving distracted, you can miss cues, objects, and events all of which can lead to a fatal accident. When you are a distracted driver, you put yourself at risk as well as everyone else on the road, and nearly one out of every ten deadly crashes in the U.S. involves distracted driving.

Along with using your smartphone, other ways you could be distracted while driving include:

Even without the element of distraction, driving is by far one of the most dangerous things we do each and every day.

Along with eliminating distracted driving, make sure that you follow posted speed limits, always wear your seatbelt, and keep a safe space between yourself and other vehicles.

A sedentary lifestyle is something many of us may grapple with, largely because of our jobs. We spend a lot of time at a desk using our computer, but there are enormous and potentially deadly risks that come with a sedentary lifestyle.

Studies have found that if you sit for more than eight hours a day with no physical activity, your risk of dying prematurely may be similar to the risks that come from obesity or smoking. A sedentary lifestyle is linked to obesity, increased blood sugar, high cholesterol and more.

To combat these effects, try to take a break every thirty minutes if you sit for extended periods of time. If you can, try to work while standing sometimes, and if you have a desk, maybe swap it for a standing desk.

Regularly getting moderately intense physical activity can also help you combat some of the effects of being sedentary.

Eating Too Quickly or Not Chewing Your Food Enough

When we think of choking risks, we might think about babies and children, but as adults, we are at risk of choking as well. There were around 5,200 choking deaths in the United States in 2017, and while it’s most common among elderly people, it can happen to any adult.

These odds are greater than the potential of dying from an accidental gun discharge, and in 2017, the accidental choking death rate was around 1.6 deaths per 100,000 persons.

We often eat on the go and live very busy lifestyles which can contribute to this risk. Make sure you take your time when you’re eating and chew your food thoroughly.

Not Getting a Flu Shot

In 2018, the CDC reported that more than 40% of Americans hadn’t been vaccinated against the flu and had no plans to be. This comes despite ongoing warnings each year about the risks of the flu and the record-high number of flu deaths that keep occurring each year.

The highest rate of flu vaccinations in 2018 was among adults over the age of 60, and they are at the greatest risk of complications from the flu. Even so, around one in four people in this age bracket didn’t get vaccinated last year.

Among adults with children under the age of 18 in their home, nearly 40% said they don’t vaccinate their children.

Some of the reasons given for not getting a flu vaccine include worries about the side effects and concerns about contracting the flu from the shot. Other people say they don’t believe the flu vaccine works.

The CDC’s recommendation is that people over the age of six months get their flu vaccine unless their medical provider tells them otherwise.

It’s great to work out, and it’s something we associate with longevity and good health, but what about gym accidents?

Working out in home or commercial gyms can pose risks. For example, an estimated 459,978 people were injured while using exercise equipment or exercising in 2012. Exercise equipment causes injuries to around 16,500 children annually, and 114 people died from using free weights and weight machines from 1990 to 2007.

Every day more than 10,000 people visit emergency departments because of injuries related to exercise, recreation and sports.

Does this mean you should stop working out?

Of course not, but always be aware of how to properly use gym equipment, and if you have it in your home, take steps to ensure that your children are protected from it.