From Balto to Rin-Tin-Tin, dogs have been winning over our hearts for years. Here’s an overview on some of the most famous dogs in the world.

Nearly half of American adults have a pet dog, with nearly 90 million dogs in the U.S. 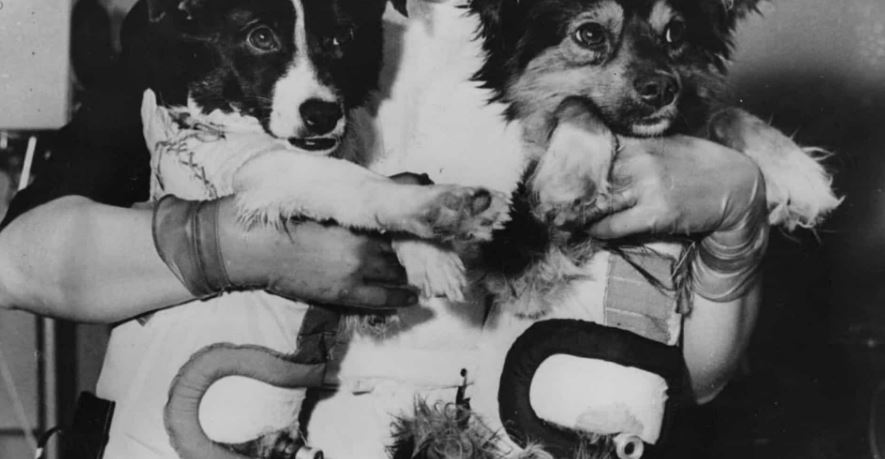 Who could blame them? I’ve got two myself, and the time I spend with them brings so much joy to my life.

I’m sure everyone thinks their dogs are the best, but there are some dogs in history that have gone above and beyond to launch themselves into worldwide fame.

Come with me and let’s explore ten of the most famous dogs in world history!

10 of the Most Famous Dogs in History

Throughout history, countless dogs have stood loyally by our side and performed some incredibly admirable and heroic acts.

It’s easy to imagine that so many historical dogs have come and gone without being remembered. Many of these world-famous dogs are famous exactly because they symbolize the attributes we notice and love so dearly in our own four-legged friends.

Argos was the faithful dog of Odysseus in Homer’s epic poem, the Odyssey. Odysseus was gone for over twenty years, spending ten years fighting in Troy and ten more trying to get home to Ithaca.

When he finally returned, he had to disguise himself as a beggar to secretly re-enter his home which was filled with suitors hoping to marry his wife. The only one who recognized him was Argos, who had grown old and neglected but never forgot his master.

This German Shepherd was a heroic dog who served in the U.S. Air Force in the Vietnam War. Even though Nemo was severely injured in an attack, he saved the life of his handler, Airman Robert Throneburg. Throneburg had been injured, and Nemo crawled across his body and guarded him until he could receive medical help.

The infamous dog of Dorothy in The Wizard of Oz, Toto was played by a Cairn Terrier named Terry in the 1939 film adaptation. Terry’s name was later changed to Toto to reflect the popularity of her role in the film.

Another German Shepherd to make our list of most famous dogs in the world, Rin Tin Tin had a more adventurous life than many people do and became one of the most iconic dogs in American culture. After being rescued by an American soldier from a WWI battlefield, he was trained and began working in silent films.

His roles in films led him to instant success, and Rin Tin Tin became famous around the world through his 27 Hollywood films.

The favorite dog of the famous king of the kingdom of Macedon, Alexander the Great, Peritas accompanied his master during his many military adventures.

There are many tales about Peritas, but the most famous is when he saved Alexander the Great from a stampeding elephant by biting the elephant’s lip during the Battle of Gaugamela.

This famous Siberian Husky was a true hero. In January of 1925, a diphtheria epidemic threatened the remote town of Nome, Alaska, and they were in desperate need of diphtheria antitoxin.

When doctors tried to transport the serum from Anchorage to Nome with the only aircraft they had available, they found its engine was frozen and wouldn’t start. They then made the decision to send the medicine by dog sled.

Balto proved himself to be a leader on his team, and he, his mushers, and the rest of the sled dogs were heralded as heroes across the United States.

The best friend of the founder of psychoanalysis, Sigmund Freud, this Chow Chow would sit-in on therapy sessions when Freud was in his 70s.

At first, Freud had brought Jofi in to calm himself, but he quickly started to notice that Jofi’s presence was calming to his patients and led them to be more candid and open.

Laika became one of the most famous dogs in history when she was launched into space on the Soviet spacecraft Sputnik 2 in late 1957. This made her one of the first animals in space, and the very first animal to ever orbit the Earth.

For decades the Soviet government claimed that Laika was euthanized prior to her oxygen running out on the sixth day. However, the truth came out in 2002 when it became publicly known that she died from overheating mere hours after takeoff.

This good boy who lived early in the 20th Century is still remembered for his intense loyalty. A Japanese Akita dog owned by a professor named Hidesaburo Ueno, Hachiko would meet Ueno at the train station every day when he returned from work.

In May of 1925, Ueno had a cerebral hemorrhage at work and passed away. Every day without fail, Hachiko continued to go to the train station to wait for Ueno to return. He became famous in Japanese culture for his loyalty and his fidelity.

No list of the most famous dogs would be complete without mentioning Lassie. This fictional Rough Collie was portrayed first in a short story by Eric Knight, which was later made into a full-length novel.

Knight’s novel, Lassie Come-Home, was made into a film in 1943 by MGM. Lassie was played by a dog named Pal, who appeared in six other films as Lassie. Many of Pal’s descendants played Lassie in the popular television series Lassie that ran for nineteen years.

Lassie is indisputably one of the most beloved dogs in American culture.

What Super Powers Does Your Dog Possess?

Even if your dog isn’t making headlines across the world, your four-legged friend is probably considered a superhero in your home. Are you interested in training your dog to become a service dog or looking to welcome a service dog into your family?

Famous or Not, There’s a Reason Dogs Are Considered Man’s Best Friend!

While some of these famous dogs are remembered for their remarkable heroism or loyalty, others are famous for their role in our cultural psyche. Either way, dogs contribute so much to our personal lives, it’s no wonder some of them take on larger than life personas in our culture!

Did you love this article about famous and historical dogs? Don’t forget to check out the rest of our blog for more awesome content!