Mippin
Home Articles Why does Sweden have fewer smokers?

Smokeless tobacco products have been around for centuries and are available globally, but the Swedes are where many products originated. Some familiar examples of these smokeless products are chewing tobacco, nasal snuff, and oral snuff or snus. The Swedish promote and favor snus as a healthier option to smoking cigarettes. With snus as part of their rich antiquity and culture for more than a century, it has contributed to the national smoking rate in Sweden of only 5%. This makes them the lowest-rated country in Europe. 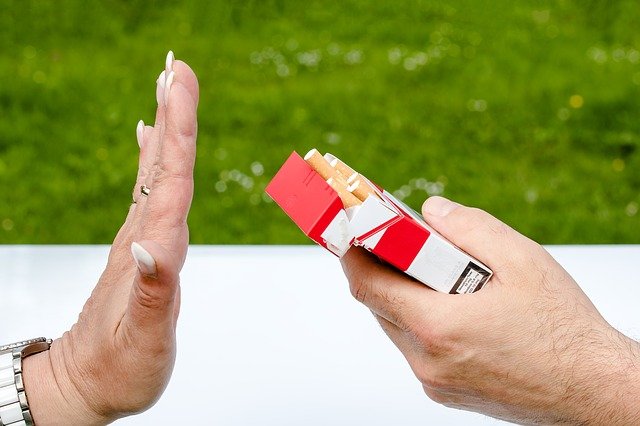 A firm favorite in Sweden

Since the 1980s the Swedish government has pushed to lower the numbers of smokers by trying to convince them to switch to snus as a better option to combusting tobacco. The manufacturing process of snus is different today compared to the 1800s. The tobacco is dried, milled, and then mixed with salt, water, flavoring, and soda. This process ends by fermenting the snus at high temperatures before packaging and distribution. Today, snus is a popular alternative to cigarettes and it can be bought at online stores like Snusdirect.

The snus evolution! From Sweden to the world

The main difference in the manufacturing process is fermentation. In the 1800s they only utilized locally produced tobacco and the fermentation took up to half a year to complete. Now, tobacco from all over the world is used and the production is simpler. In the early 1900s, there was a growing interest in the American cigarette market until people became more aware of the health risks associated with smoking. Snus is inherently cultural to the Swedes and the world learned a thing or two from them.

Was the “Harm reduction” approach triumphant?

As the Swedes established over the years, snus was conclusively less harmful overall. The US Food and Drug Administration however refused to advertise snus as a ‘less harmful’ option, but the Swedes had the statistics to strengthen this declaration. They opted for snus instead of cigarettes primarily to quit smoking. More than 50% of snus users are ex-smokers. As pasta is to the Italians, so is snus to the Swedish. They are proud of their heritage and culture and snus is a national thing in their country.

Why is it so difficult to quit smoking?

We are all familiar with the health risks of smoking, but it is still extremely difficult to kick this habit. Snus comes in a pouch that you put under your upper lip and it is one of many successful alternatives to quit smoking. There are numerous products available today like nicotine patches, lozenges, gum, nasal spray, and more. To successfully stop smoking you will need a good support system, look at the routines that go with the habit, and anticipate some of the challenges you will face.

Snus users might still contract health issues like oral cancers, but the rates and risks are still significantly lower than smokers. In Sweden, the risk of someone dying from a tobacco-related illness is less than in any other European Country. The enemy here is not the nicotine, but smoldering tobacco. It is established that the rates of high blood pressure, heart attacks, and the cancer mortality rate is not levitated among the Swedish users of snus. Lung cancer amongst the Swedish men decreased during the past 20 years.

Although the statistics, in general, stipulates that the use of snus is conclusively healthier than lighting a cigarette, it remains a health risk in some or other way. However, this is also the case with just about any other alternative product for cigarettes. The American Cancer Society clearly states, ‘There is no safe form of tobacco’. True, but scientific findings of any study, in particular, can either be minimized or maximized. Snus has proven to be the lesser of two evils for people that are addicted to nicotine.

Snus has been used in Sweden for more than 200 years and is now also manufactured in the US. A few decades ago smokers and snus users had hardly any options in terms of flavors, shape, strength, or size. Now, new and innovative snus products are being developed worldwide daily and the competition is more fierce than ever to lead this market. Tobacco still remains a flourishing, competitive, and evolving industry worldwide with ongoing research being done daily. Snus is available online as well as in stores.