Mippin
Home Articles What is a condenser microphone and how does it work?

With the progression of technological innovations and ideas, the need for microphones has grown drastically. 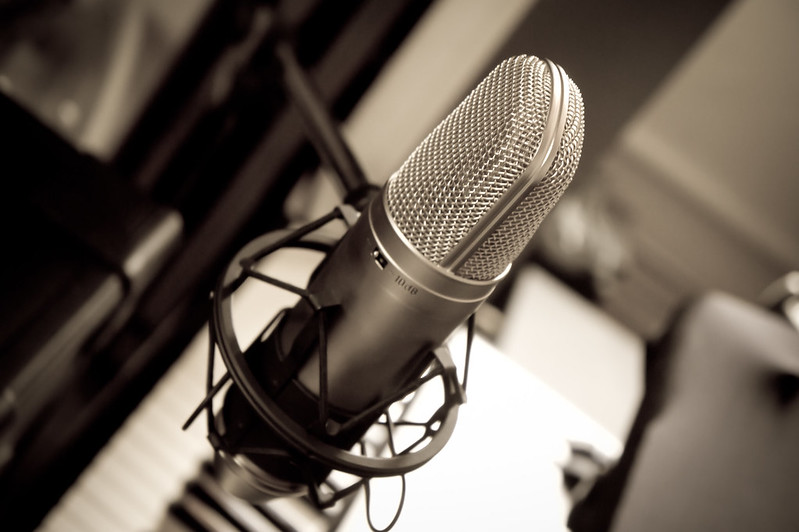 Considering how user-friendly and easy to handle Microphones are, it is considered to be a well-known choice among mankind. Especially in the entertainment industry, the use of these microphones has seen a major rise which can further testify to their popularity. Considering the current popularity of music, microphones have undeniably become an important part of the market. Based on our needs different categories of Microphones are used.

Condensed microphones are one of the renowned choices among people for recording purposes. The term Condenser generally means capacitor, an electronic component that stocks energy from an electrostatic field. A condenser microphone can be interpreted as a recording device that suits the needs and demands of the target audience.

It converts acoustic energy to electric energy to record sound in studios. This microphone is an advanced set of gadgets that deals with supplying a wider frequency range compared to other sets of microphones. They are electronic gadgets that are capable of receiving an input signal at a much quicker pace.

Their user-friendly interface and working principle help in better engagement with the target which has made Condenser Microphones a great asset in terms of their output.  In recent times they have accomplished a place among studios and houses. Their glossy design and detailed sound-picking ability has built up a strong name for themselves.

They have been known for durability in terms of the quality and service they offer. It’s known for its subtle design which even picks up faint and slightest sounds in studios. This enables the Condenser microphone to capture and record a crystal clear and crisp audio signal for a better experience.

It can undoubtedly be referred to as premium quality recording material in the current market. It is best for capturing high frequencies, and delicate vocals in studio use.

Based on what the name suggests Condenser microphone or capacitor microphone works based on the changes in capacitance for its functioning.

There are numerous kinds of Condenser Microphones that work with their own accord of unique characteristics. A modern Condenser microphone consists of a narrow membrane that is closely assigned solid metal plate.

The mentioned thin membrane works as a diaphragm since it’s quite electrically conductive. Based on the studies the older generation of condenser microphones consists of a slim metal foil but the modern-day microphones come with handy plastic coated foil covered with gold or aluminum. One honorable mention among these microphones can be sputtered mylar.

The constructed capacitor is in the region of 10 to 50F. The construction of the concerned capacitor is so magnificent that it works with a correct input of  Direct current when applied.  This can be indicated based on the battery status but on the other hand, microphones may be supplied along the coaxial line of the microphone, this is often referred to as phantom power.

The most common voltage required for a Condenser microphone is 48 volts. The voltage supplied not only supplies the required voltage for the microphone to work but also it also helps to pull off the diaphragm taut. Whenever the sound waves gradually hit the target microphone, the diaphragm moves in to and fro motion.

This effect occurs as the diaphragm gradually changes its position based on the voltage supplied.  This mainly changes the overall result of capacitance which often results in a small voltage change across the high load resistor to be precise.

Since the impedance of the condenser is quite high, another buffer amplifier is required.  Since it helps in converting the signal to a much lower impedance. The technological output has made the amplifier work on both either from an internal battery or a phantom power line.

In order to obtain a signal Condenser, Microphones use electricity to charge the plate. The current is usually generated by a battery or it is directly transferred to the microphone cable with a swift blow. This method is often referred to as Phantom powering. Some major Condenser Microphones are Neuman 87, and AKG C414.

Gadgets that engage with large diaphragms generally encounter audio sources from a side-facing posture. This is because of the large size of the concerned diaphragm at work. Since the diaphragm is over an inch taller, it makes the overall area of the capsule considerably bigger.

Usually, the mic of this kind of Microphone is rigidly fixed on a halted position in a recording booth. Often Large – Diaphragm picks up on the enriched and richness of the sound. This helps oneself to get fit and mix the audio space.

Often referred to as a pencil microphone because of how versatile it is.  The simplicity and marrow make it unique in its way.  It contains a relatively small diaphragm which is about an inch in length.

They are hand-held while using it for recording on a desktop or mounted position in a studio. They are optimal for capturing momentary and fleeting sounds with ease.

Pros and Cons of Condenser Microphones –

There are several pros and cons of the condenser microphones which of course are very visible considering the current state of the market. Some of them are –

The overall assembly of the diaphragm is quite light compared to dynamic Microphones, hence it’s quite transportable and can capture higher frequency.

Quite handy in obtaining flat and expanded frequency ranges.

Compared to dynamic Microphones, it is quite handy and small in design and construction.

Condenser microphones can handle a certain level of the signal and they need a constant power supply.

Being complex makes it susceptible to temperature and humidity change.

Cheap models produce unwanted noises when plugged in with any compatible device.

It can be safe to say that the condenser microphones are used for particularly any form of business operations. The Condenser microphone also instills a sense of satisfaction and security in the hearts of their user with its enhanced sound capturing accuracy and service.