Mippin
Home Articles How to reduce background sound in Microphones?

The use of Microphones has increased a lot in the entertainment industry which has also proven to be widely accepted by the audiences. The sound quality delivered by these Microphones is of high quality and ensures a better experience for the audience. However internally it is observed that mostly the overall performance of a microphone can be highly inaccurate. This can happen due to a number of reasons. 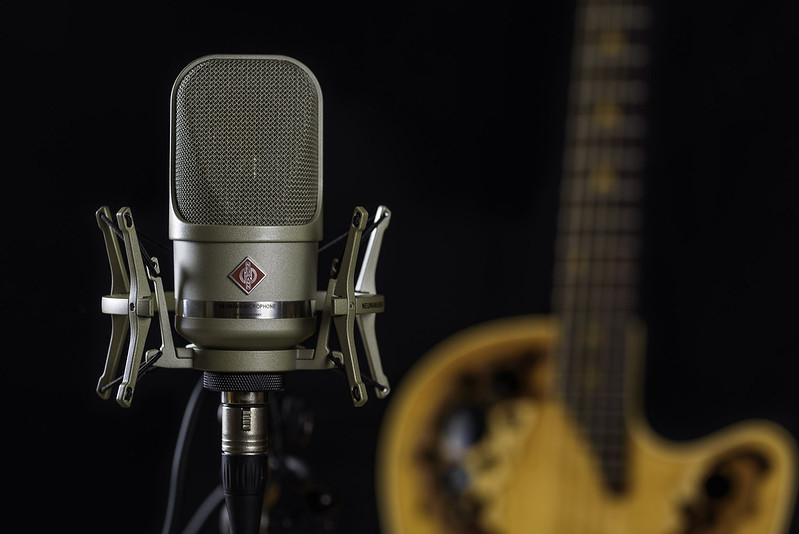 The most prominent of them has to be the issue of background sounds. When using a microphone, especially wireless, the sound range often captures the sound of the surroundings along with the user’s voice.

Due to this reason the overall sound quality declines and may cause a drop in immersion for the users which in turn will adversely affect their experience.

The issue of Background sounds

A microphone user might not always have a suitable environment for recording. As such it is often extremely hard to avoid the surrounding background sounds in an area especially when it is a crowded area like a Metropolitan city.

In order to avoid such issues, the user will need to change their site of recording which might not always be possible. This is a major drawback of using microphones in a public area but there is a lack of better options at the moment. The microphones are handy and easier to carry and therefore are easy to use as well. The issues of the occurring background sound can also be taken care of to an extent that might improve both the user and viewer experience.

What are the types of Background sounds:

Several types of background sound might cause interference with the recording processes. However, it mostly depends on the environment and can be quite hard to predict correctly. As such the overall performance of the microphone can be highly inaccurate. Some of the common interferences are :

There are several other types of background interference as well, however, the above-mentioned ones are the most common during recording processes.

How to reduce the background sound in different types of microphones:

There are various types of microphones that are used quite a lot by various entertainment industries which makes it necessary to understand how to deal with the issue of background sounds. The overall performance of a microphone is gauged using such information as well.

There are several types of Microphones that are used for recording under different conditions and have various features which are exclusive to them. However, it is necessary to note that the effects of the background sound are largely different when compared to each of them. This is mostly because of the sizes of the sound chambers within these microphones. Some of the common types of microphones are :

The standard microphones are the most commonly used microphones for a variety of operations. Due to such reasons, it is extremely important to know how to minimize the effects of the background sounds on these microphones to ensure a better overall performance. In order to ensure proper management of the background sounds the elimination of the extra ambient sounds is necessary as well. The only reliable way to reduce the ambient surround interference the user will need to make sure that there is not too much disturbance across the room for the most part. It will greatly reduce the effects of surrounding sound interfering with the sound of the microphone itself.

The headset microphone is a very common microphone often used along with a headset itself as a means to communicate. These microphones are less susceptible to surround sound problems due to their extremely small range. However, even with such a small range certain radio wave interferences can often cause broadband sounds within the microphone itself.

Since the sound chambers are very small in these the user might often become completely inaudible for the most part. It can be avoided by tightening the connecting jack of the headset. The problem if not solved may indicate a malfunctioning power port. Therefore switching the ports can help greatly improve the overall performance of the headset and may eliminate interference.

Related: What is a condenser microphone and how does it work?

Audacity – Audacity is a very easy-to-use and free online tool that will allow the user to eliminate any form of background ambient sounds affecting the recording in any way. That being said it is necessary to understand that audacity is also a great tool to adjust the audio quality of the microphone.

Wavepad – Wavepad is another very commonly used tool that allows for extensive editing of the background ambient sounds. The user can choose to eliminate them or trim them out from within the recording if needed.

Krisp – Krisp is an active tool that blocks any form of ambient sound to enter the recording in the first place. As such the overall performance of the microphone improves by a lot.

Certain precautions can be taken during the recording processes to reduce the interference caused by the background ambient sounds. Elimination of such sounds is often not easy as well but can at least be resisted depending on these precautions for the most part. Some of the precautions are :

Using a ground lift adapter is often the best way to block most of the ambient sound from the recording itself and will ensure a better recording experience. All, the while maintaining the sound quality of the microphone will also be maintained to the utmost to ensure the best quality for the recording.

Certain attachments are available for the microphones which can block the passing of air currents within the sound chamber. This will allow for a high sound quality all the while blocking a major source of the ambient sound in the process. These tools are often used during professional recording processes.

The equipment used for the recording process itself must be compatible with the radio wavelength of the devices that are going to be used along with it as well. Without it, the recording itself might be affected by ambient sounds.

Lastly, it can be concluded that the issue of ambient background sound is often very important to be taken into account when using any form of microphone. Elimination or at least minimizing its effects is extremely important to ensure the quality of any recording. In order to oversee the proper management of those background sounds there are various countermeasures.

All of which are mentioned in rather detail in the above extract. In order to eliminate the interferences the implementation of the above-mentioned procedures or tools is necessary. When implemented properly it will ensure the complete negation of the surrounding ambient sounds and will lead to a better user and viewer experience.