If you asked most people what they thought the biggest shake-up or game-changer in the world of banking and finance in the past decade has been, the majority of them would probably say cryptocurrencies. It’s a good answer, and we can see why someone would say it. The idea of decentralized finance was unthinkable at the beginning of the 21st century, and the fact that Bitcoin can now be used to purchase so many goods and services online is a testament to how far the idea has come in that short time.

Whether or not the concept survives the ever-increasing scrutiny of politicians and regulators is another matter, but for now, it’s going from strength to strength. We still don’t think it’s the biggest innovation in banking and payments of the past two decades, though. We think that honor should go to PayPal. 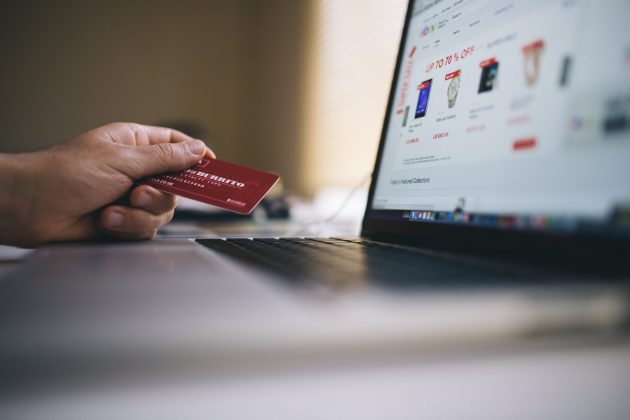 PayPal has been around for a long time now, and it’s been making inroads into our lives so slowly that most of us haven’t even seen it coming. The majority of us first came into contact with the service when it became the default method of payment on eBay (a relationship that later turned sour), protecting both buyers and sellers from the potentially malicious actions of each other. Once it had established itself on eBay, the service appeared to branch out, offering itself as a means of paying for almost anything online. You can pay by PayPal at the digital checkout of most major online grocery or goods stories. You can pay your Netflix subscription by PayPal.

More recently, we’ve seen PayPal becoming increasingly popular in the world of digital casinos and gambling. PayPal doesn’t just offer itself as a means of paying for UK casino. We’ve seen whole dedicated PayPal casinos spring up, where the service becomes the default method for paying for the spins you take on the online slots games there. This is also somewhere that cryptocurrency has been making gains. Some online slots websites even offer players the ability to pay by crypto or by PayPal. While non-gamblers might see this is a niche industry, the fact of the matter is that billions of dollars are spent on and generated by online slots websites every year. If PayPal can take even a small cut from that market, it will further enhance its standing.

The one place that PayPal hasn’t made any headway – until now – is point-of-sale in shops, and in transactions that are conducted face to face. Based on the news we’ve heard within the past few days, all of that is about to change. In the same way that you can use your ‘Apple Wallet’ on your phone to make a contactless payment to a person or store face to face, you will now be able to pay for your transactions contactlessly from your PayPal account, thanks to a new app. This opens up a new route for making and receiving payments for small business owners, market stalls, and taxi drivers who have struggled to facilitate the use of card payments in the past and have had to rely on cash instead. It also emulates the contactless functionality provided by the apps of several major high street banks.

Taxi drivers make for an excellent example of a professional who could benefit from this latest development. For a taxi driver to accept a card payment in the past, they would have to carry a card reader around with them. The process of using a wireless card reader is generally slow and isn’t always reliable. Using this new system, the taxi driver could simply generate a QR code on their phone, which would then be ‘read’ by the camera on their passenger’s phone, generate a PayPal invoice, and be paid immediately with a single touch of a button. The process doesn’t require either party to remember a pin. As an added bonus for taxi drivers, it also reduces the need to carry change around with them, which has in the past made them targets for theft.

The process will only work if both the payer and the payee have an existing PayPal account, but doesn’t require the payer to have money in their PayPal account at the time of the transaction. If the PayPal account is in credit, the money will be deducted from there immediately, but so long as the account is linked to a recognized credit or debit card, PayPal will debit the payer’s bank account for the amount on the invoice. This gives customers all the convenience that comes with an electronic transaction but also allows them all of the protections and security measures that PayPal provide as standard.

As the service is brand new, there hasn’t yet been time to collect any detailed feedback on its popularity and practicality. One potential technical drawback is believed to relate to the age of smartphones involved in the transaction. While the latest models of most handsets from major manufacturers will automatically connect the QR code with PayPal, older handsets might not be capable of making the same connection. Instead, the PayPal app must be opened first, and then the app-specific camera has to be pointed at the code.

Through this functionality, PayPal has now made it possible to complete any transaction you wish – large or small – using their accounts and their software. It theoretically eliminates the need for people to make payments using their own bank’s preferred app, and also theoretically eliminates the need for any business to own or lease a card reader. For some businesses, this would be a welcome relief; card readers often take a small cut of any payment they process and thereby eat into the profits of the store or individual who owns them. PayPal hasn’t yet announced any intention to levy a similar charge. Replacing these older payment methods won’t be possible until more people have PayPal accounts, but providing the facility is an invitation for more people to sign up.

PayPal is no longer just the company you use on eBay, and nor is it just the company you use to buy or sell things elsewhere on the internet. It’s become a company that can facilitate any kind of transaction and is intent on making even greater strides in the world of financial services. Could we see PayPal bank accounts in the future? We wouldn’t be surprised.